Novel PASTimes: Thanks for being with us today, Darrell. We’re going to get right to it. What do you want?

Darrell: I want to inherit the silver mine.

Novel PASTimes: Okay, but what do you really want?

Darrell: I want what is rightfully mine.

Some time passes before the question is asked a third time.

Novel PASTimes: That’s fine, but what do you REALLY want?

Darrell: I want to be married to someone who can be a companion more than just be a person who helps me to inherit a mine.

Novel PASTimes: Say you’re using Willa for something…what would it be?

Darrell: I need her for help in my store as well as to keep my home clean and to be a companion in and out of the bedroom.

Novel PASTimes: What is Willa using you for?

Darrell: I know she wants me to keep her safe from this red-haired stranger her guardian warned her of.

Novel PASTimes: How do you feel about that?

Darrell: I can’t send a telegram from Silver Town because I don’t trust the telegraph operator, but I desperately want to question her guardian and her grandfather’s lawyer. In addition, I’m worried that we aren’t really married so I won’t be able to protect her from whatever scheme is afoot.

Novel PASTimes: Assuming you and Willa work out your differences, what’s gonna keep you from living happily ever after?

Darrell: I am afraid the Pinkerton agent won’t get here in time to help protect her. The red-haired man has threatened her. What if he finds her? And her aunt has just arrived in town. What does that woman want? I have a bad feeling about her.

Novel PASTimes: Even though we hope they’ll never do it, for now just pretend it could happen: What’s the worst thing Willa could do to you?

Darrell: She’s always wanted to be welcomed into her family. They sent her away at the age of four to the girls’ academy. Now that her grandfather is dying and her aunt has found her, I’m afraid she’ll go back to New York to live with them. Can I be family enough for her? I just don’t know.

Novel PASTimes: Why would that be so bad?

Darrell: I know I hide my feelings usually, but Willa has broken through the wall of reserve I surround myself with. Since she has penetrated that wall, I’ll die a little each day without her.

Novel PASTimes: Why would you deserve it?

Darrell: I suppose some people in Silver Town might say I deserve to lose her since I jilted a former fiancée at the altar. But how was I to know I was already married? I lost track of a few weeks of time when I was injured by a falling beam rescuing a child during the terrible fire last year that destroyed the town.

Novel PASTimes: What’s the worst thing you could do to Willa?

Darrell: She deserves to be married. I have to find a way to marry her for sure. The letter she has proving I sent for a proxy bride is not in my handwriting so I am just not sure how legal our marriage is. The only pastor was suddenly called out of town. An odd coincidence just when we needed him to make sure we were truly married.

Somehow, I think for her to be safe we need to marry. I’m afraid it’s already to late for me to inherit the mine. It’s February 1, and I needed to be married by January 31 to inherit. I don’t care about that. All that is important is Willa. The worst thing I could do is stay in my store and pretend that I believe we are married or pretend that she is in no danger.

Novel PASTimes:Why would she deserve it?

Darrell: Willa may have surprised me. I certainly didn’t expect a wife to show up and interrupt my marriage ceremony. That’s not important, though. In two short days, she’s brought joy into my life and has wiggled into my heart. She may have prevented me from inheriting the mine, but I need to protect her.

Novel PASTimes: Why do you want a relationship with this person?

Darrell: Willa has such incredible poise and beauty. She is giving and affectionate. Her strawberry blonde her is like sunshine to my sad life.

Novel PASTimes: With all the difficulties surrounding your relationship, why haven’t you given her up already?

Darrell: I can’t give up her, even though I told myself I only wanted to marry to keep Harv Perkins from taking my inheritance. Nights are lonely and Willa needs me to keep her safe. Besides there’s a part of me that feels like I’ve waited for years to meet this woman.

Novel PASTimes: Assuming it would hurt, why would it hurt if you gave her up?

Darrell: Like I said before, since Willa is with me the loneliness is gone. I don’t like the struggle I have right now to keep my emotions controlled and hidden, but I will go through it just to be with her.

Novel PASTimes: What does this person give you/do for you/complete in you that nobody else ever has?

Darrell: I thought one woman was the same as the next. Willa proved this wrong. She’s shown me the importance of having a companion I really like and want to be with.

Novel PASTimes: What do you do for her/give her that completes her that nobody else ever has?

Darrell: Willa has never had a home, aside from the girls’ academy. I can give her that. I want to give her that. She craves affection and responds so easily to any little touch I give her. It makes me want to love her. (Now where did that thought come from? Love?) 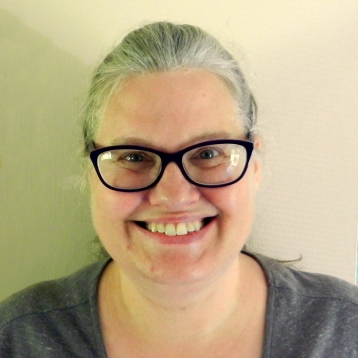 Marisa Masterson and her husband of thirty years reside in Saginaw, Michigan. They have two grown children, one son-in-law, a grandchild on the way, and one old and lazy dog.

She is a retired high school English teacher and oversaw a high school writing center in partnership with the local university. In addition, she is a National Writing Project fellow.

Focusing on her home state of Wisconsin, she writes sweet historical romance. Growing up, she loved hearing stories about her family pioneering in that state. Those stories, in part, are what inspired her to begin writing.