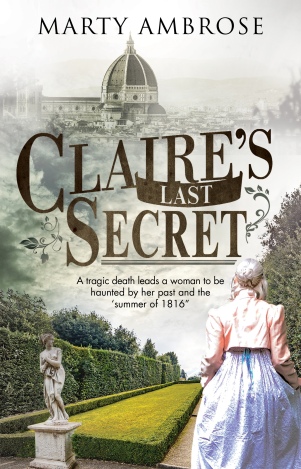 We are going to speak today with Claire Clairmont at the Palazzo Cruciato in Florence, Italy.  She is a nineteenth-century woman of “a certain age” and, most interestingly, the last living survivor of the Byron/Shelley “Haunted Summer” of 1816!  Welcome, Claire!

Q:  First of all, I want to ask about your connection to Mary Shelley.  Wasn’t she your stepsister?

Claire:  Yes, her father, William Godwin, married my mother when I was a young girl.  We grew up together, along with my brother, Charles, and her stepsister, Fanny.  It was an unusual “blended” family for the time, but we loved each other.  I miss them all very much.

Q:  Do you mind telling us about your relationship with Mary?

Claire:  It was . . . complicated.  We had so much in common, especially our love of books; and, when she fell in love with Shelley, I accompanied them on their elopement to Europe.  Mary and I were both barely seventeen when we traveled together with him through France, Switzerland, and Italy—rarely spending any time apart, sharing the good times and the bad.  But, later, I think Mary grew tired of always having me around; she wanted Shelley to herself.  I suppose that I cannot blame her.  Eventually, we grew quite distant—especially after Shelley drowned near Le Spezia. She returned to England with her sole surviving son and achieved fame with her novel, Frankenstein, while I stayed in Europe.  But we were always sisters in our hearts.

Q:  Speaking of hearts, you were involved with a famous poet yourself:  Lord Byron.  Do you want to tell us about him?

Claire:  It was such a long time ago . . . but he is not the type of man you could ever forget. Handsome, magnetic, brilliant—he was all of those things, but he could also be cruel.  What can I say, except that I loved him, body and soul?  We first met in London and, then, connected in Switzerland when he, Mary, Shelley and I spent the summer of 1816 on the shores of Lake Geneva.  It was truly a magical time.  Because of the violent thunderstorms, we were driven indoors to Byron’s Villa Diodati and would tell ghost stories at night.  One evening, Byron even proposed we all write a tale to frighten each other—and that’s how Mary came to write Frankenstein. When not trying to scare each other, we sailed the lake and read poetry together.  Unfortunately, our idyll did not last beyond the summer—and there were consequences: Byron and I had a daughter, Allegra. She was the greatest joy of my life.

Q: I know this part is a little difficult, but what happened to your daughter?

Claire:  Well . . . Byron and I could never marry since his wife would not grant him a divorce, so I sent Allegra to live with him in Ravenna, Italy.  It was a dark time politically, and Byron became involved with the Carbonari—Italian revolutionaries who fought to free their country from the Austrians.  Byron thought it was unsafe for Allegra to be there, so he sent her to a convent school at Bagnacavallo.  I wanted her to live with me, but he stubbornly refused my request.  After less than two years at the convent, Allegra caught typhus, and supposedly died in 1822.  It was the greatest tragedy in my life . . .

Q: Supposedly?  So, there’s a mystery surrounding her fate?

Q: I am intrigued, especially since you spent many years believing she had not survived.  It must have taken a lot of fortitude to go on.  What do you believe is your strongest trait?

Claire:  My strongest trait is my ability to survive.  I had to live by my own wits for most of my life, yet I always tried to rebound quickly from even the most difficult of circumstances.  I had a child on my own, traveled the world, and always believed that a woman could have the same freedom as a man.  I embraced life wholeheartedly, even when my choices didn’t always produce the effects for which I hoped.   I lived life on my own terms.

Claire:  Impulsiveness—but this quality has been tempered over the years.  I risked everything when I was young and I do not regret it, but now that I am the sole support my dear niece and her daughter, I find that their welfare must be considered first.  But I would not mind one more big adventure . . .

Q:  All right. I hope you find the answers about your daughter, Allegra.

Claire:  Thank you . . . sometimes life takes one in a most unexpected direction; to know about Allegra’s fate has been one of my most cherished dreams. I know I will find the truth.

Marty Ambrose has been a writer most of her life, consumed with the world of literature whether teaching English at Florida Southwestern State College or creating her own fiction.  Her writing career has spanned almost fifteen years, with eight published novels for Avalon Books, Kensington Books, Thomas & Mercer—and, now, Severn House.

Two years ago, Marty had the opportunity to apply for a grant that took her to Geneva and Florence to research a new creative direction that builds on her interest in the Romantic poets:  historical fiction.  Her new book, Claire’s Last Secret, combines memoir and mystery in a genre-bending narrative of the Byron/Shelley “haunted summer,” with Claire Clairmont, as the protagonist/sleuth—the “almost famous” member of the group.  The novel spans two eras played out against the backdrop of nineteenth-century Italy and is the first of a trilogy.

Marty lives on an island in Southwest Florida with her husband, former news-anchor, Jim McLaughlin.  They are planning a three-week trip to Italy this fall to attend a book festival and research the second book, A Shadowed Fate 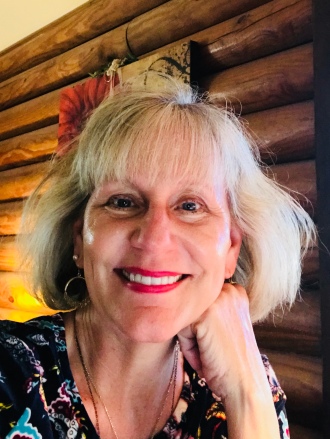